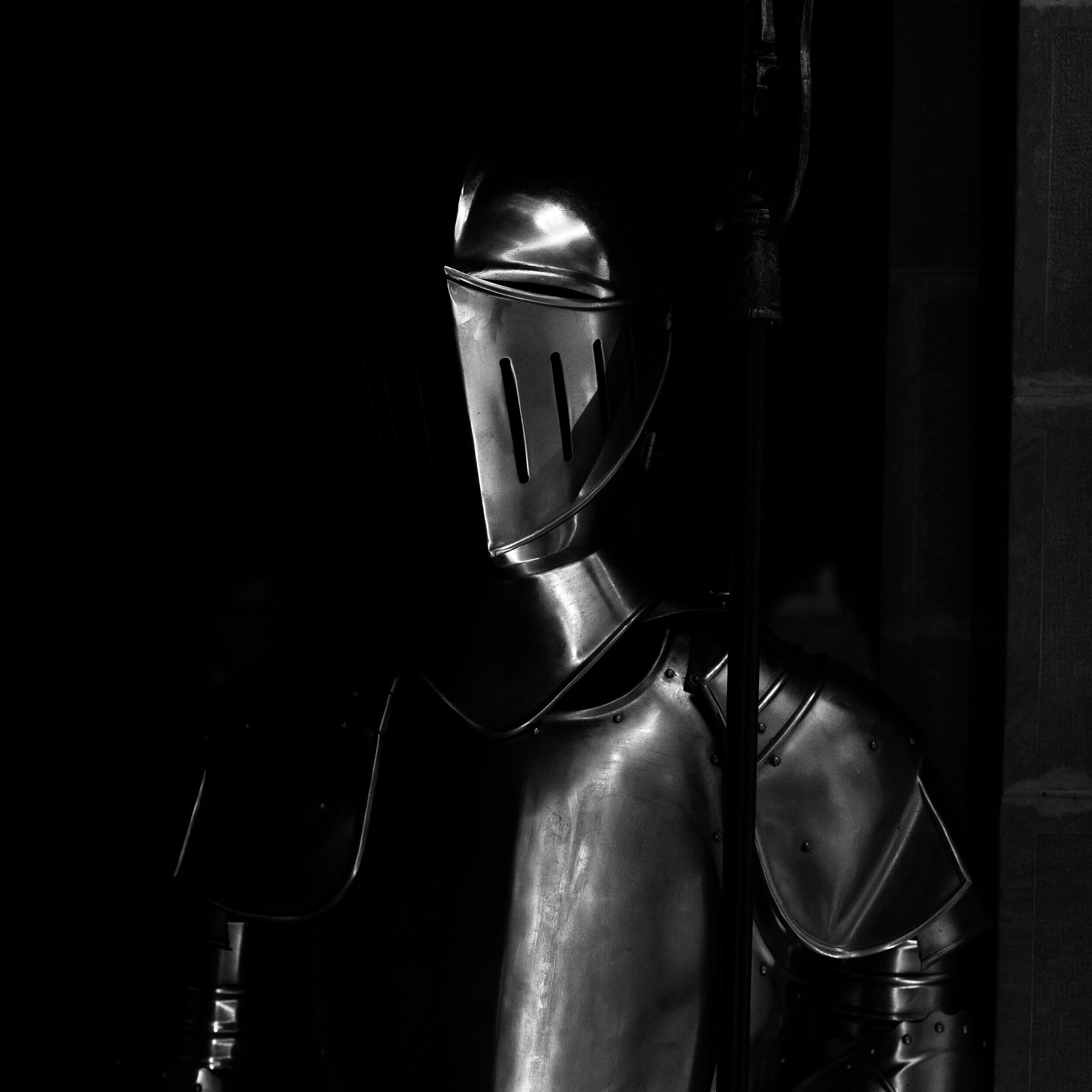 Every man wants to feel safe.

Even when we play brave and confront adversity, the need for protection is still the common denominator that connects us all.

However, men have a particular way of protecting themselves; there are mental practices that we all use, usually without realizing it.

I recently sat down with MRM co-founder, Jose Rodriguez to examine, analyze, and discuss
the ways men keep themselves mentally safe.

I presented the metaphor of armor to represent how men mentally guard themselves, and drew examples from my personal story.
As a young black boy growing up in a white world, I learned the importance of staying safe in order to navigate and survive the world.

I noticed that I would wear different armors to protect myself for different reasons, and looking back, I realized that I would do this unconsciously. There was usually no choice in the matter, just a natural reaction to my circumstances.

And my case wasn’t isolated.

Till this day many men do this; we wear reactive mental armor because we want to be:

We want to feel free in these ways despite how the world around us makes us feel like we’re not.
So really, wearing armor is a defense mechanism that we deploy and use quite habitually.

It would be more accurate to call it a tool of the ego, an unconscious attempt to shield ourselves from discomfort.

Ironically, these attempts to free ourselves from discomfort become the very chains that keep us from the comfort we constantly seek. At some point, these trigger reactions served us, but without the proper awareness of them, they ultimately do more harm than good.

To become aware, you must know which armors you wear.
So, the question is… what exactly are these armors?

We are using the metaphor of armor, but keep in mind that you’re actually about to read about life experiences.
As you read through each of these, look back through moments in your past and recognize when you utilized these mental practices.

Because truthfully, you have, we all have.
All men want to feel safe, after all, even when they play brave.

Read these carefully and reflect on them honestly.

Men wear this armor to ensure that they are loved, liked, or accepted by others or society.
This stems from our desire to align ourselves with society’s opinion of who and how we should be.

This armor keeps men strong even when they want to be weak, it makes us smile even when we’re in pain.
It suppresses our interests out of embarrassment and forces our commitment out of a sense of obligation to our role as “the man.”

This is the armor of burdens… burdens that we take on with a false smile.

Wearing this armor declares “I am what others think of me.”
Whatever “they” want from you is what you try to deliver, even at your own expense.

This is the uniform worn most by people pleasers.

This is the armor that we wear to prevent the possibility of ever truly being witnessed and seen.
Usually, this armor originates from a previous experience in which it is made clear that it’s better to remain unseen than seen.

If you haven’t already acted on these desires, perhaps you should consider why.

This armor keeps good men from becoming great men, as they remain afraid to speak from their hearts.
But rather than face that fear, it is easier to remain in the comfort of the background where nobody can judge their heart.

With this armor comes a tendency to hide behind things like logic, intellectualism, ideas, and strategy as a means to avoid operating from an emotionally open or vulnerable position.

But this tendency can also prevent a substantial amount of emotional growth.

This is the armor that operates from within a strict success or failure binary, where comfort and security are generated through achievement. When you wear the armor of accomplishment it is either be useful or be nothing.

How often do you compare yourself, specifically your achievements, to that of other men?
It usually results in one of two feelings; you either feel entirely worth more than the other man or entirely worthless as a person.

Regardless, the end result is always the same, you feel the need to do something, to do more.

This is the armor of self-worth via utility.

When you wear this armor, you are stating “I am what I do and I am my achievements.”
With this, perfectionism becomes habitual and winning takes priority overall.

Ambition fuels one to such an extent that it even affects our relationships and people in our lives often get left behind for the sake of progress.

In a way, this can also be seen as the armor of loneliness.

How Our Armors Interact

Remember, these “armors” are really just metaphors for how we react to our environment.
So, our reasons for using these armors are nuanced and often overlap.

As a result, it’s entirely possible for you to wear multiple armors simultaneously.

During our conversation, Jose spoke on this experience within his career saying “I think I hide behind strategy often and that sometimes does not allow me to be in my truth; my logic and vision might have been built in something that will help others live in their truth but oftentimes I’m too focused on its outcome.”

Jose’s example was a case in which he found himself wearing both the aloof and accomplishment armors.

He hid behind his professionalism instead of leading with his truth and heart.
Because he was also overly focused on getting a result for his client, it left him,
as he put it, “frozen in time” and unable to show up in his highest truth.

Instead of synergy between his armors, what he got was conflict.
And it’s important to recognize how the use of one armor overlapped with another.
Because Jose was not operating with an open heart, he could not also reach the desired outcome for his client, resulting in paralysis.

This is just one of the ways our armors interact.
There are also cases where they compound instead of conflict yet still have a bad effect.

For example, maybe there’s been a moment in your life where you wanted to be liked by the crowd, so you decided not to reveal some of your interests and passions out of fear of being rejected.

You decided to remain aloof in order to accommodate the people around you, and in the end, you were unable to truly be yourself while taking on the burden of pretending to be like those you wished to appease.

This is one of the most common types of overlap that occur between our armors, and the majority of times, it’s an entirely unconscious reaction.

So as good practice, question your motivations.

Do you focus so much on success because you want to be accepted by others?

Do you avoid showing your true self because you feel that it might distract you from your achievements?

Do you try so hard to please others to feel like you’ve accomplished something as a man?

These questions all point out our unconscious reactions; most men don’t choose to react in these ways,
they simply do, and that’s where the danger lies.

But… you have to choose to become more aware and stop these reactions.

And this is how you can do it.

Gaining that higher awareness of self is what I call “de-armoring,” the process of locating the armors that we less than consciously wear… in service of healthier forms of self-protection.

De-armoring is a process that does the job of identifying the traumas that usually underlie our reactions.
To de-armor is to learn to speak from a place of health and consciousness when reacting to the world.

So, how exactly do you learn to de-armor?

Simple, you learn to dance…

At some point during our talk Jose presented a rather peculiar quote, saying “you don’t give a sword to a man who can’t dance.”

“The Dance,” in reality, is the knowledge of when to put down your blade, or rather when to slip out of your armor.

The reason why so many men react so unconsciously to their environment is because many of us are constantly wearing our armor.

We eat, work, and sleep with our armor on; many of us don’t know how to live without trying to fit in with others, hide our vulnerabilities, or focus on achievement, so those modes of being become so natural that we literally become less aware of them.

Brother, by learning how to dance, you will learn when and when not to be on guard, which will ultimately grant you more immunity from the influence of your own ego.

By taking off the armor every now and then, you’ll ironically be growing stronger and will gain more clarity about the relationships, ideas, and emotions that you’re trying to protect by wearing the armor in the first place.

To learn “The Dance” you must:

If you keep all of these things in mind, you will learn how to be without your armor. Even better, you will learn when and when not to put it on. The end result will be deeper security within yourself, but also a deeper connection to those around you.

The men, women, and children in your life will recognize the dance you’ve learned to do. They will see a man who communicates from his heart, loves fully, draws strength from his purpose, but is also keenly guarded only when he needs to be.

You will navigate the world and your relationships differently.

You will suffer less and be free to offer your gifts to your community.

But don’t forget, this process is both a conscious and continuous one.
Just as you gain awareness of your armoring practices, you can also lose sight of them. 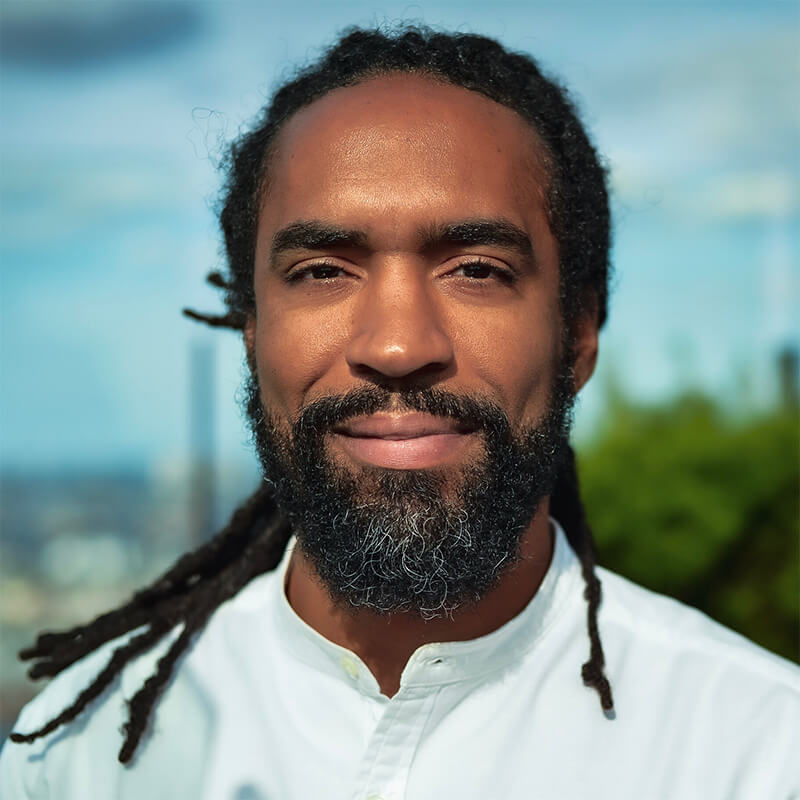 Didier Sylvain is a life alignment coach and leadership trainer. He helps individuals and groups become fuller and more integrated versions of themselves—so they can deliver powerfully on their missions. By applying grounded wisdom and adaptive frameworks to life’s challenges and opportunities, Didier helps leaders transform their organizations, their teams, and themselves for a better world. He currently serves as a coach at HealHaus and has coached and taught courses on leadership at Carnegie Mellon University and the University of Notre Dame. Didier is also an artist, composer, PhD candidate in Ethnomusicology (Columbia University), and mentor to many. He currently resides in Los Angeles with his family.