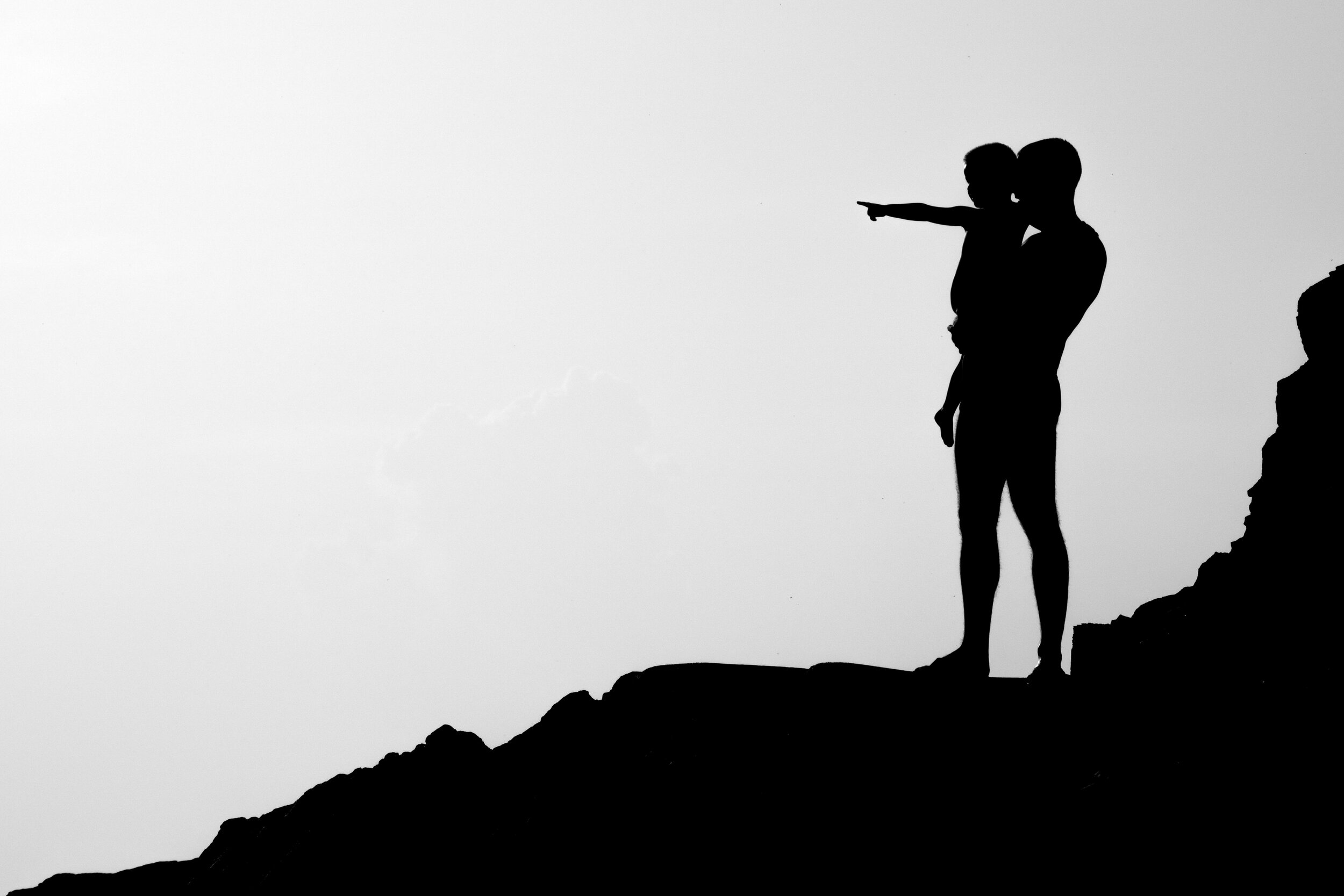 Not everyone was put on this Earth to be a dad.
Fatherhood is hard. As a boy, I had no clue what it took to be a dad.

My pops made it seem effortless.

I remember being 6 years old, watching my father shuffle off to work just as I was waking up, coming home just as dinner was being served, and mustering up the energy to take care of our house and the yard work on the weekends.

It seemed easy. Like he was born to do it.

I knew from a young age that I wanted to be a father, even though I had no idea what I was signing up for. You see, as I write this I am on the brink of turning 33 years old. I’ve got a 4-year-old son and a 1-year-old daughter fast asleep, oblivious to the fact that their father is up into the wee hours of the night, writing about fatherhood and what it takes to be a man in this world.

And, as I look back on my life, it’s still unclear to me how I became fit to be a dad. I’ve had my fair share of blunders, missteps, and failures. I STILL wake up daily with real fears, visceral anxieties that both trouble and motivate me at the same time.

It’s HARD WORK being a good man, especially a man worthy of being a father on this planet. Being a dad to my kids is the single, greatest honor in my life. And, I could never be the father I am without having learned one very important lesson.

Back to the time when I was so overwhelmed with life and the rigors of adulthood that I constantly smoked weed just to take the edge off. Back then, I could barely keep my own life in check. I had no sense of purpose. No direction in life. I knew that someday I wanted to get married and have a family, but I DEFINITELY wasn’t ready for that at 23.

Far from it. All I cared about was myself. All I wanted was to be happy and feel good. I’d grown up watching my dad hold it down in our household, and I would take notes by watching him do the dad-thing and catching the tiny bits of wisdom he would drop in my ear from time to time. But here I was, 23 years old and feeling wildly unprepared for real life.

What nobody told me back then was that I would never be prepared for fatherhood until I’d learned to father myself.
“What the heck is he talking about?”…I get it. Fathering yourself may not be a concept you’re familiar with.

1. The role of a father to a son is to prepare him for the world.

2. Fathering a son means guiding him towards his own solutions without giving him all the answers.

3. One of the fundamental rites of passage for every man is claiming the responsibility for his life from his father.

Now, let me explain. Every animal in the natural world is given exactly what it needs from its parents to survive. The ability to track, find and gather food. The wisdom to identify and establish shelter and safety. The skills to defend itself and perceive threats. Humans are no different. We require guidance as children from our parents. It’s from them – and other influential adults – that we gather our skills to encounter the world.

But, even in nature, there comes a time when the fledgling is kicked out of the nest and must fly on its own. If it doesn’t flap its wings, it dies.

At 23 years old, I felt ill-equipped to take responsibility for my life, especially when it came to the consequences of my actions. I was filled with pride and afraid to admit to anyone what I was really feeling inside. It was too painful to admit that I was lost and clueless. Every man around me, including my father, seemed to just know how to be a man.

Looking back on it, I realize that the biggest problem was that I had an incomplete sampling of manhood and masculinity at that point in my life. Sure, my father was a great example for me of what it looked like to be a provider, a protector, and a strong man in the face of adversity. And a few other men in my life had shown me similar qualities… but it just didn’t seem like enough.

Somehow, my instincts led me far away from home. Just like the parable of the Prodigal Son and so many other stories about young men venturing off into the unknown on a journey of self-discovery and self-realization.

In my 10 years of men’s work, I’ve seen men from all types of backgrounds and belief systems. Men with sharp edges. Men with soft hearts. Men who light up the room with their sense of humor. All shapes, sizes, colors, and qualities. But, the ones who’ve really dialed in this “fathering” concept have all done the same thing.

They’ve taken the best of what they’ve seen and experienced from other men in their lives and consolidated it into one Megatron-version of the man they want to be. A little of this, a drop of that….and, BOOM! The Father Avatar emerges.

Just think about it for yourself. When you reflect on who you are AND who you desire to be, who are the people in your life who influenced those qualities?

We are all a product of our environments and the people who populate our stories. Every man is the direct reflection of the community that raised him. Therefore, you can find evidence of the men who influenced you when you take a good look at your life and the way you live it.

When a man has established his Father Avatar, forged in the fires of his values and commitments, he is ready. Not just for life. Not just to take on the challenges of the world. But, to finally take responsibility for his life in only the way a father can for his child.

And, although I’m still far away from the time when I can look at my son and say, “My work is done here”, I can look my father in the eyes and let him know it’s time for him to stand down.

“Thank you, Dad, for getting me this far. Thank you for teaching me how to be AND how not to be. Thank you for taking care of me before I could do it on my own. And, thank you for preparing me for an unforgiving world, so that I could become the father that I’ve always wanted to be.”

Maybe every man was not put on this Earth to be a dad. But, we are all sons.

And our duty is to take the responsibility of our life away from our fathers and to father ourselves in the best way we can. There are so many people counting on us to be the best men we can be. Now, more than ever, this world needs strong men.

Powerful leaders who can balance a tender heart with a steady resolve and a strong mind.
It’s not easy. It never will be, and it’s not supposed to be.

But, don’t let that keep you from claiming responsibility for your life. It is the first step to accessing your divine power as a sovereign man on this planet. And, the most critical part of passing fully into manhood.

So, I wish YOU a “Happy Father’s Day” everyday. Whether you’ve got children or not…you still have a job to do. 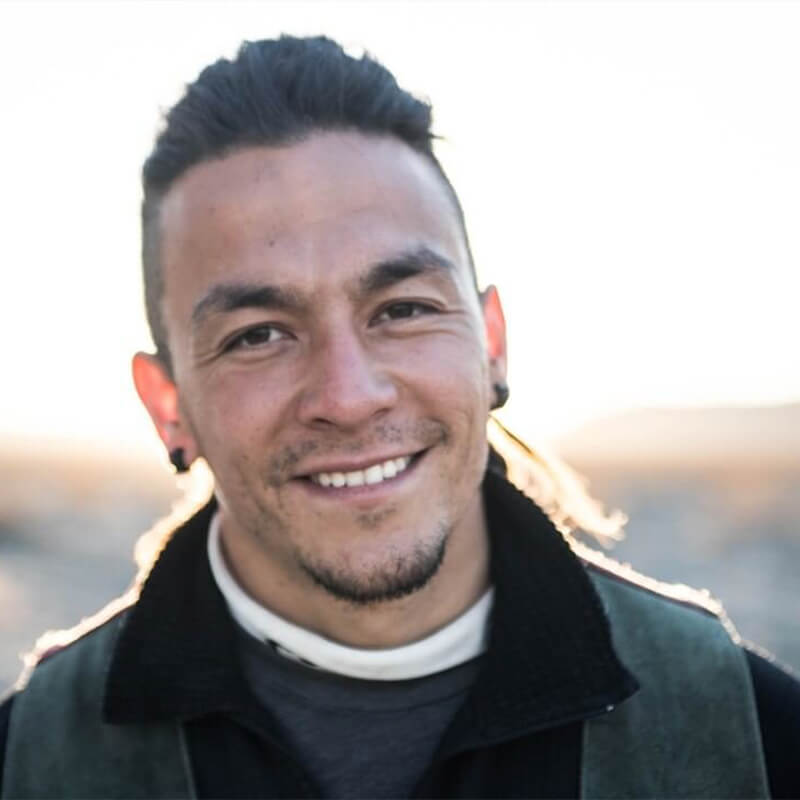 Host of “The Rising Man Podcast” (Top #150 in Educational Podcasts) and Creator of The Rising Man Movement, Jeddy has been in the field of Men’s Leadership and Empowerment for the past 10 years.

As a Rites of Passage Guide, Mentor, and Leadership Coach, Jeddy has impacted the lives of hundreds of men on his mission to initiate an entire generation of men into power and purpose-driven service to the world. He is a Founding Father of Conscious Man Brotherhood and a lead coach in Man Cave, Unleash the Beast, and King’s Court.