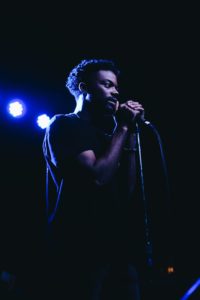 These are all phrases that might describe being “in flow,” otherwise known as the Flow State.  When all time seems to dissolve around you, and you lose yourself in what you’re doing.  This often accompanies feelings of ecstasy and bliss – which is expected when you’re completely in the moment.

Your cares and worries no longer exist, and each motion feels as though it’s all happening without much effort.  This may be akin to how Kobe felt every time shot a three-pointer or how Jimi Hendrix felt after the band began jamming.  In both instances, the crowd watching them felt this energy and was completely encumbered by it.

The same feeling occurs on a dance floor when the DJ plays a beat that gets everyone in sync. That feeling, that flow, brings all attention to the current moment.  Through that grabbing of attention, The Flow State can improve productivity and creativity, and learning speed!

This state of being isn’t limited to athletes or musicians either – this is something that can be achieved by and benefit anyone.  Whether it’s a computer programmer working long hours to crank out lines of code or a waiter who is floating around a packed restaurant with total ease, this is a state that can help anyone accomplish their tasks with not only grace but with a smile on their face.

How to Tap Into the Flow

Tapping into this illustrious state begins far before you ever show up to do the work that said flow would help.  Our minds and thoughts play a vital role in helping or hindering the flow state.

For example, a music producer sits down to write their next masterpiece but has attacking thoughts of an argument with their girlfriend the day before.  When the thoughts are tethered to these sorts of anxieties, it becomes increasingly difficult to let go and let it all happen, which is an important part of the flow state.  The decision-making process is shortcutted and often can lead to a feeling of disappointment.

To circumvent any potential mental anguish, I have found that journaling is vital to cleansing our minds of any clutter.  One such type of journaling I have found extremely potent is called “The Morning Pages” – a term coined from Julia Cameron’s book The Artist’s Way.

In it, she prescribes that upon waking each morning, before you do anything else (okay, you can go pee first) that you should sit down with a pen and paper and write 3 pages freehand.  In these pages, you want to keep the pen moving; it really doesn’t matter what you write. The idea is to let your mind and subconscious empty all of that mental clutter keeping you from your flow state!

Initially, this can seem challenging as you sit there and think, “what do I write?” but this is exactly the thinking that you need to let go of to let it flow.  As you progress, you’ll find that this task really does help and that instead of letting whatever happened yesterday, or last year, run your mind, you’re now taking it and putting it somewhere else – onto the page.

In the beginning, Julia suggests that you don’t immediately read this material as it is often super dark, angsty, or just not the kind of thoughts you want to re-enter your mind until you’ve gotten a bit more of a grasp on your flow.  This way, it can effectively become a vital tool for seeing just how far you’ve come!  Whether you read it or not, the deed is done.

This technique has had a profound effect on my creativity and general ability to be in the moment.  It was tough at first, as I would sometimes feel like I was writing the same things over and over, but that’s okay.  Sometimes I’d even write, “I don’t know what to write.” Again the idea is to keep the pen moving.  So simply keeping a nice notebook to write in nearby will help encourage the writing.

There are many benefits that this exercise yields, but here are three big benefits:

If anything hinders flow state fastest, it’s getting all up in your head about things, and this technique helps you get all of the things in your head outside and in front of you so that there is nothing left to fixate on.

I’ve experienced these hindrances many times with a song – wherein writing it, I begin to compare myself and make judgments to others instead of going with what’s in my heart.  When you’re in flow, the true self is allowed to emerge, and I believe this is what makes that state of mind so ecstatic.  It’s as though your ideas or actions need no assistance; they seem to flow from a mystical source or to be handed down to you from the clouds.

To get into the zone so deeply that it becomes at Flow State, you must omit all distractions.

If your phone is dinging and your attention is constantly being called to other places, I can guarantee you’re not in a flow state.  These distractions take you out of the present moment, where the flow exists.

I even find that I can’t listen to music with lots of words or complexity while I’m doing flow work, as my mind starts to attach to the words instead of the task at hand.

That being said, binaural beats have been potent for filling in some of the dead air – but silence will work too if you can have that.  Whether that means putting on some headphones or going to a location where your roommates or kids won’t be distracting you, you’re going to want to be able to tune all that out.  Going as far as turning off your wifi or putting your phone in another room completely also really helps.

Once you’ve removed the mental and physical distractions, we can now set the tone for a deep work session.  A wonderful way to begin is by getting into a high vibrational state.  For this, I highly suggest some form of meditation or breathwork.  It doesn’t have to be too long – 5 minutes or so is plenty.

You don’t want to go so deep that you’re going over to the “other side.”  Just far enough to center yourself on the task at hand.  Often in MRM meetings, we’ll enter a high vibrational state by getting up and dancing it out for a few minutes, which is my favorite.  Moving your body in any way is beneficial, so even a walk or a few minutes of stretching will really help.

Now one thing to consider when trying to activate a flow state is that the very task of trying is challenging, but not so much that it doesn’t feel achievable.  You have to believe you can accomplish what you’re doing; otherwise, you’ll likely end up hearing from your inner critic.  Second, your activity must reward you in some way.

Whether that’s making money or the feeling of accomplishment from having knocked something off your to-do list,  there has to be something in it for you.

If you can establish these criteria, limit the distractions around you, and clear your mind of any clutter beforehand, tapping into the flow state will soon become a series of steps you employ to consistently get yourself in the zone.

And when you’re in the flow, you’ll know it. A key sign is a feeling of timelessness, a lack of awareness of physical needs (like eating), and loss of ego.  It’s not uncommon that when you’re in flow, you might look up at the clock after some time and realize that it’s been 4 hours and you haven’t so much as taken a sip of water!

You’ll be so consumed by the high vibes flowing through your body that your current task almost consumes you – in a good way, of course. 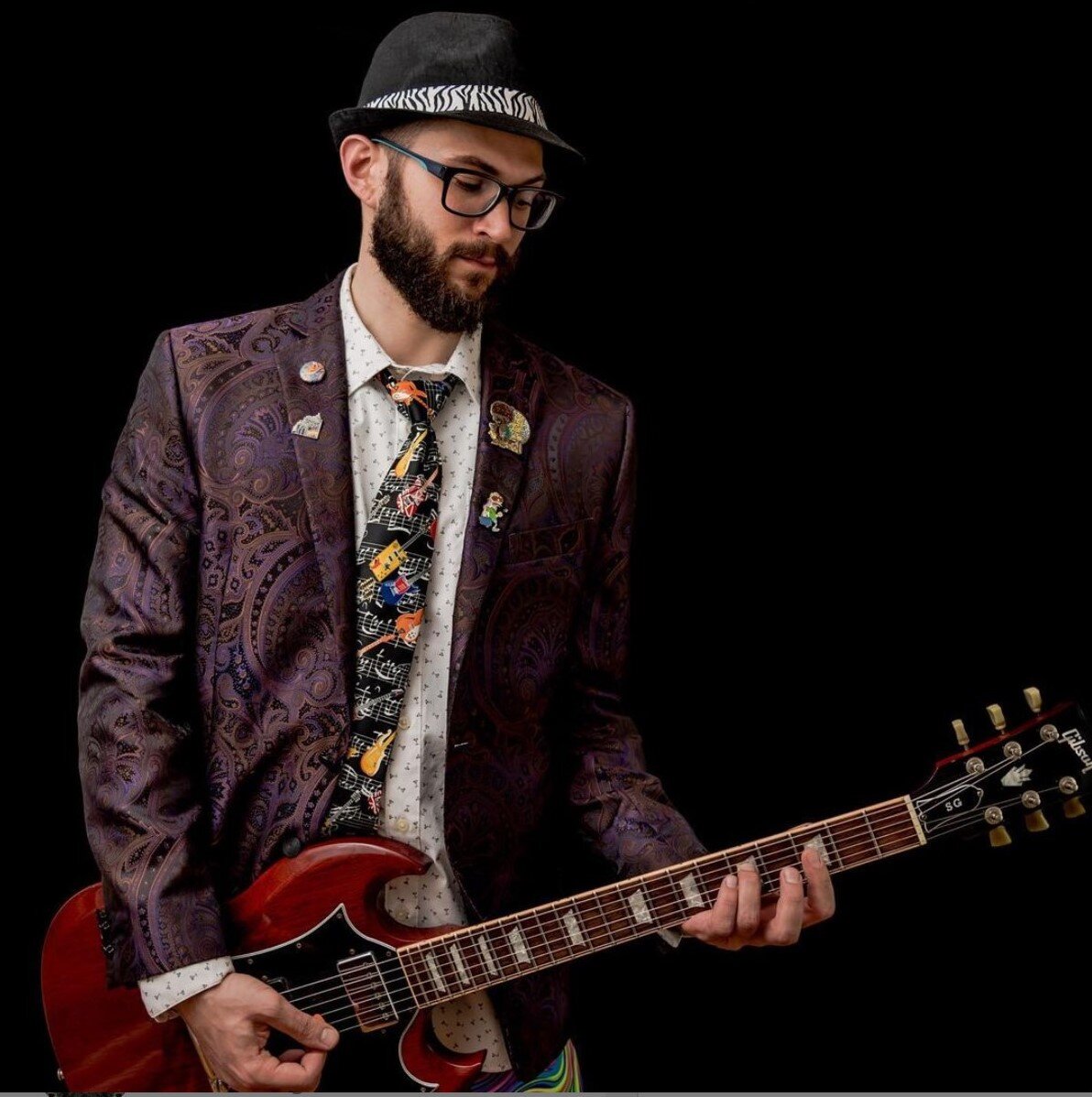 The tale of Hippie Trap has its origins at Camp Bisco in 2013, where Guitarist/Producer Ryan Muldoon was sent into a trance during a Biscuits Saturday night set. Being a devoted guitarist since he was 10 – writing music and playing in bands through high school and college gave him a solid base of knowledge, but he was soon inspired to dive into the world of electronic music. The entire festival experience had such a profound effect on him he was called to begin Hippie Trap to follow his dreams of playing all the music festivals-hoping to one day give back the beauty, love, joy, freedom, and connection he experienced.